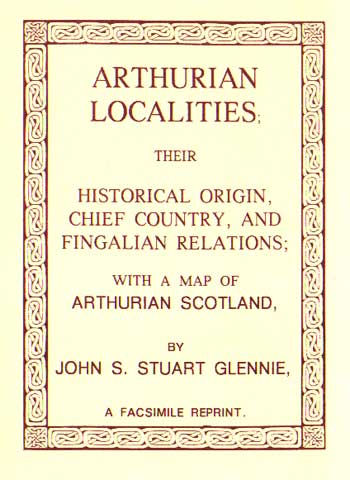 This is a facsimile reprint of the edition of 1869. In his preface, the author states that "in 1868, Mr Skene published his edition of the Four Ancient Books of Wales, in the introduction and notes to which he showed that a large proportion of these poems belonged to the North, and that the historical Arthur was a leader of the Northern Cymry, or the tribes of Southern Scotland and the English Border. Combining, therefore, Mr, Skene's critical results with my own humbler topographical researches, I now for the first time endeavour to prove, after a regularly conducted scientific method, that the district thus indicated is not only the chief country of Arthurian localities... but also that this district was the original scene of the events of which these localities preserve the mythical traditions."