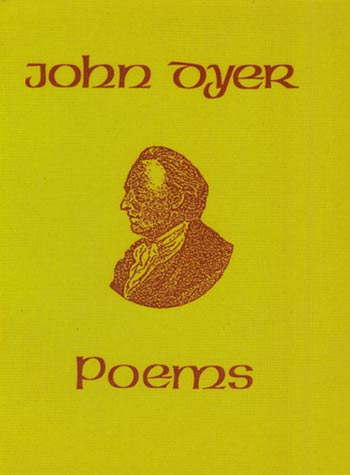 John Dyer was born around 1700 in Aberglasney, Carmarthenshire, Wales. His father, Robert Dyer, was a solicitor there. John Dyer was educated at Westminster, and placed in his father's office, but he gave up the business on his father's death, in order to study art. He travelled as an itinerant artist through South Wales and the nearby English counties, and, in 1729, published Grongar Hill, which earned him a reputation as a poet. He went to Italy to study painting, and, after his return, published The Ruins of Rome (1740). His love of scenery and the countryside when the taste was out of fashion, has left much of the evaluation of his poems to future generations. Wordsworth said of his longest poem, The Fleece, that in parts it was superior to any writer in verse since Milton, for imagination and purity of style.