Legendary Fictions of the Irish Celts 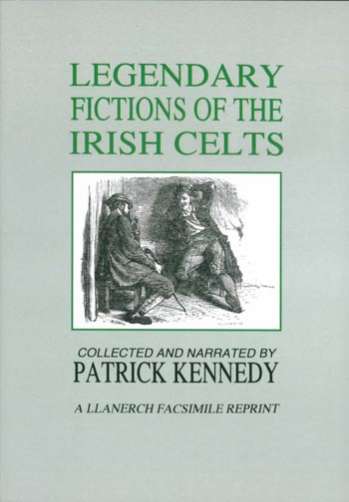 Patrick Kennedy collected these Irish legends and tales around the middle of the nineteenth century "lest they should be irrecoverably lost". Some of them were first published in the Dublin University Magazine in 1862, and the first edition of the complete work came out in 1866. The present reprint is a facsimile of the second edition, of 1891. It consists of four parts, viz: HOUSEHOLD STORIES, LEGENDS OF THE "GOOD PEOPLE", WITCHCRAFT, SORCERY, GHOSTS & FETCHES, OSSIANIC AND OTHER EARLY LEGENDS, LEGENDS OF THE CELTIC SAINTS. The author stated that the greater part of the stories and legends are "given as they were received from the storytellers with whom our youth was familiar... No story in the present collection is copied either in substance or form from any writer of the present or past generation".