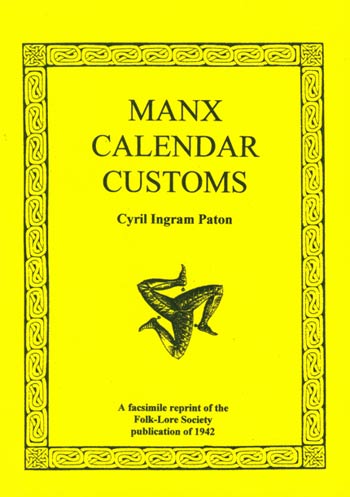 The first edition of this book came out under the auspices of the Folklore Society in 1942, a time at which it did not receive the notice that it deserved.
For its size it contains a large amount of information written in a clear way. It is an important work not only for historians and folklorists, but for all those who have fallen in love with the Isle of Man. It has long been out of print and this paperback facsimile will no doubt be much appreciated by those who have been unable to locate second-hand copies of the original edition.
Cyril Paton was born at Streatham in 1874 where he spent most of his life. His family had Manx connections and during his many holidays on the island he spent his time in intensive studies of its folklore, history, flora and language. When he retired he moved to the Isle of Man, and in 1947 he was nominated President of the Isle of Man Natural History and Antiquarian Society, a post which, to the general regret, he found himself unable to accept.