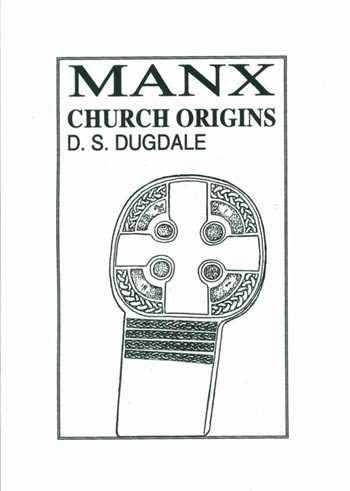 The author's book sets the scene by describing the advent and early history of Christianity in the British Islands, followed by chapters dealing more specifically with the Isle of Man. The following is taken from his preface:
"The present line of enquiry deals chiefly with written sources, although archaeological reports provide essential evidence for discriminating between alternative propositions. However, it is not enough to attach labels saying whether each piece of information is right or wrong according to the latest assessment Beliefs that have been widely held for a long time have an intrinsic value and invite an investigation of where they came from. Further, the work of past generations of serious scholars should not be ignored on the grounds that it is not quite in tune with the latest thinking. This would cause confusion in the minds of many people, who expect explanations to be given when any change is proposed to the scenario with which they are familiar.
Undoubtedly, the Norse invasion of the Isle of Man was a catastrophic event. Many have entertained hopes that the new settlers merely modified what they found when they arrived. It might be better to assume that what went before was so heavily overwritten that little of it is now visible. This proposition has to be examined from all angles.
It is recognized that readers have a paramount need to know where each piece of information comes from, if the text is to be of any value. Close attention has therefore been given to referencing. At the same time, I have tried to follow a style that does not needlessly fatigue the reader."