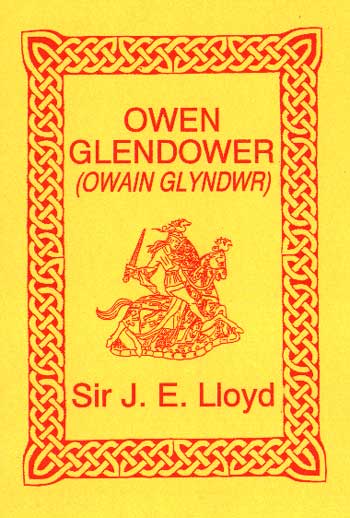 Sir J. E. Lloyd's classic study of Owain Glendwr is here reprinted as a facsimile of the first edition, published by Oxford University Press in 1931; a book that has stood the test of time. In his preface, the author writes: "I offer my readers... not a new Glyndwr, but fair warrent for regarding him as the national hero we have always in Wales understood him to be. 'Owen homme de courage et de genie'. The verdict of Henri Martin (Histoire de France) still stands, and has been reinforced by the historian of England (Trevelyan) who described Glyndwr as 'an attractive and unique figure in a period of debased and selfish polities'. I have endeavoured to indicate the inherited strength of his position, the placid course of his early life, the forces which drove him into revolt, his progress from border ravaging to sovereign rule, and the ineluctable fate which in a few years brought the movement to an end".