The Last Abbot Of Glastonbury 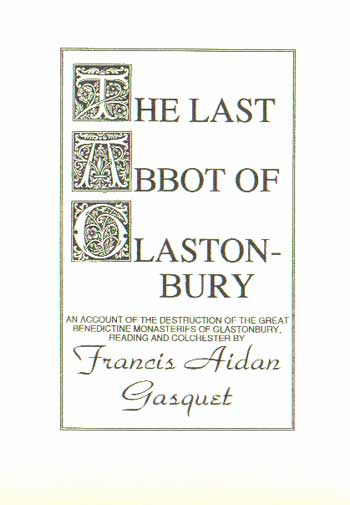 The Last Abbot of Glastonbury was first published in 1895 and it was subsequently reprinted in 1908 along with a number of essays mostly dealing with aspects of life in the thirteenth century, by Francis Aidan Gasquet who was the then Abbot President of the English Benedictines. This Llanerch paperback is a facsimile taken from the 1908 edition; it deals with the destruction of the great Benedictine abbeys of Glastonbury, Reading and Colchester, and gives a brief sketch of the tragic deaths of the last abbots of those houses in the reign of Henry VIII.