The Tombs of the Kings 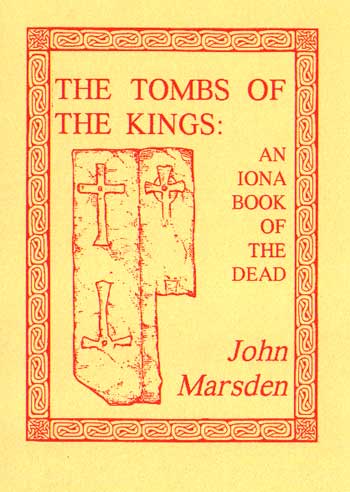 The Reilig Odhrain on the holy island of Iona is the most ancient graveyard in all Scotland. A centuries-old tradition claims it to be the burial ground of some sixty kings, Macbeth and Kenneth mac-Alpin amongst them, but tradition is one thing and history all too often another. So how many kings are buried on lona and who are they? John Marsden has written a number of books on the early history of Scotland and Northumbria. In this Iona Book of the Dead he sets out to identify all those kings - Irish and Norse as well as Scots - whose burial in the Reilig Odhrain can be confirmed by the earliest historical evidence and to provide the modern reader with an account of each one's life and times. THE TOMBS OF THE KINGS is an original and authoritative contribution to the history of Celtic Scotland, seeking out the origins of the tradition of royal burial on Iona and revealing its great importance for the early kingdom of the Scots and the later Lordship of the Isles.

Other books by John Marsden