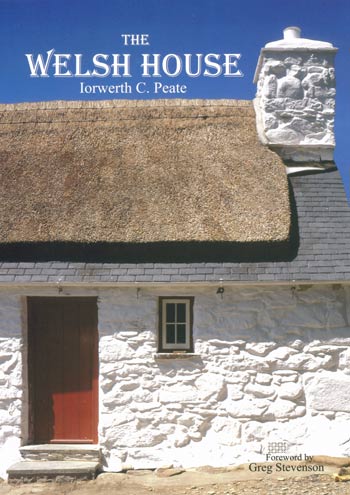 From the great half-timbered halls of the east to the humble thatched cottages of the west, Wales has a remarkably rich heritage. Every area of the Principality has unique building traditions, details of which are celebrated here in this study of folk culture. Researched by field survey in the 1930s, The Welsh House captures building traditions that had died centuries before in other parts of Britain. As well as recording the traditional cottages and farmsteads of Wales, this work demonstrates that houses are an important record for the social historian, for they reflect the lives of the people that made them.

Since its publication in 1940 The Welsh House has grown into a classic text for students of both Welsh architecture and folk studies. Peate describes the traditional homes of Wales in an accessible manner, using photographs and illustrations to record a world that was fast disappearing. His warm and competent description and warning against the loss of traditional buildings remains as relevant today as when it was first published over sixty years ago.

This new edition preserves Peateâ€™s text from the revised second edition of 1944, and adds a new foreword by Greg Stevenson. This additional material traces the fate of the homes in the original and examines the present day threats to the vernacular architecture of Wales. It will be of interest to anyone living in, or curious to learn more about, the rich architectural heritage of Wales. It is published in a numbered edition of 1500 copies.

Dr Iorwerth Cyfeiliog Peate (1901 -1982) was an internationally recognised expert in folk studies, and is well known for his pioneering work recording, preserving and publishing on Welsh folk culture. He wrote â€˜The Welsh Houseâ€™ when employed as the Keeper of the Department of Folk Culture and Industries in the National Museum of Wales, and later went on to become a key player in establishing the Welsh Folk Museum (now the Museum of Welsh Life, St Fagans). Peateâ€™s unstinting dedication to the recording and preservation of Welsh cultural heritage won him lasting respect inside and outside of Wales.

Dr Greg Stevenson lectures in Welsh Heritage at the University of Wales, Lampeter, and manages a small business rescuing historic buildings at risk. He writes a regular column for The Western Mail on historic Welsh architecture. Visit him at www.thisisgreg.co.uk