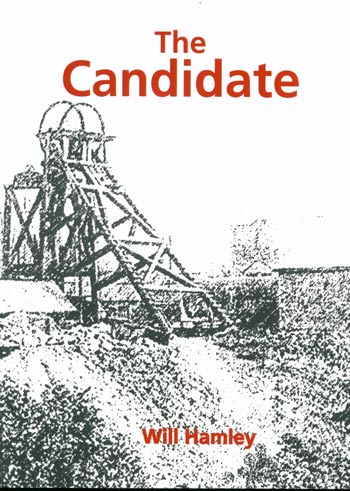 Will Hamley is a first-time novelist whose experiences of being on the fringe of politics in South Wales in the 1950's are captured in this novel about a man facing the prospect of becoming the Labour Party candidate for an upcoming election.
Pontavon, a town which though fictional bears a remarkable resemblance to many another in the South Wales Valleys is full of characters from the reddest of red, to the weirdiest and oddest imaginable.
This is the story of one man's journey, and though it references political struggle it is by no means a political polemic. In fact throughout the book the actual political issues are kept cleverly in the background. It is rather the manipulations, the personal betrayals, the little white lies, and the human cost to a family when a man makes a choice to play a role in the public eye. It is this which turns the book into a human story from a time in Wales's history which was by no means as innocent as memory sometimes makes it.
Review by the Welsh Books Council - "A rollicking good read... Hamley paints his characters with almost 3D brilliance, as you turn the pages they become part of your life. Quite simply I did not want the book to end...this man can tell a tale and make you laugh."