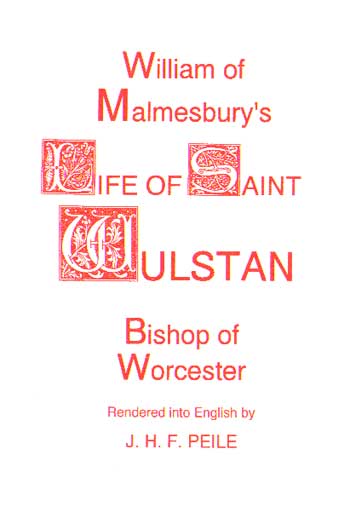 This translation by J. H. F. Peile is taken from the Latin Vita Wulfstani of William of Malmesbury which is itself a version of the English Life by the monk Coleman who was Wulstan's friend and Chaplain, and who wrote it after Wulstan's death in 1095, himself dying in 1113. Malmesbury's version was written between 1124 and 1143. No copy of Coleman's work is known to us today. It is conjectured that it went to Rome at the time of Wulstan's canonisation and may yet be rediscovered in the Vatican archives. J. H. F. Peile was Archdeacon of Worcester, and this paperback reprint is a facsimile of his edition of 1934.