The Life of Saint Samson of Dol 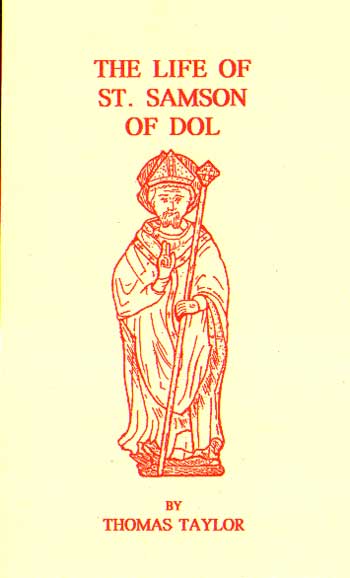 St. Samson was born in Wales, towards the end of the fifth century. At an early age he was taken to the school of St. Illtut at Llantwit near Cowbridge, where he was eventually ordained deacon, and priest. From there he went to the monastery of Piro, whom he succeeded as abbot. He was also ordained Bishop whilst still in Wales. Bidding farewell to his monastery, he sailed to Cornwall, and later to Brittany where he founded the monastery of Dol. The cult of St. Samson became general in Celtic countries soon after the saint's death, and numerous pilgrimages were made from Britain, as well as from parts of Brittany, to his sarcophagus at Dol. His fame spread beyond the Celtic parts, to Switzerland and Italy, and he was revered by the Anglo-Saxon kings. The Life of St. Samson is of special interest in that it is said to have been written in the early seventh century, not long after the saint's death, whereas the Lives of most other Celtic saints were written several centuries after their time.

Other books by Thomas Taylor