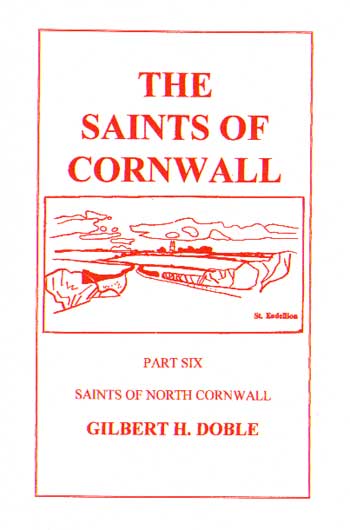 Canon Gilbert Hunter Doble, (1880-1945), for twenty years vicar of Wendron in Cornwall, in the course of a lifetime of pastoral ministry, found time to pursue Celtic Studies in which he earned a European reputation. His single volume booklets on Celtic Saints went out of print in his lifetime. Between 1960 and 1970 Mr Donald Attwater edited the writings of Canon G. H. Doble on the Cornish Saints for the Dean and Chapter of Truro Cathedral. It was his intention to produce six volumes. Sadly the last was not completed in time before illness prevented further work on the project. Now the Ven. R. L. Ravenscroft, Canon Librarian (1988-96) has completed Mr. Attwater's original project. This volume completes the set as part six: The Saints of North Cornwall. Part five is still available from the Truro Cathedral shop. Parts one to four are being reprinted at the same time as this volume. Llanerch Edition. First time in book form.

Other books by Gilbert Hunter Doble