The Chronicle Of Lanercost, 2 Volumes 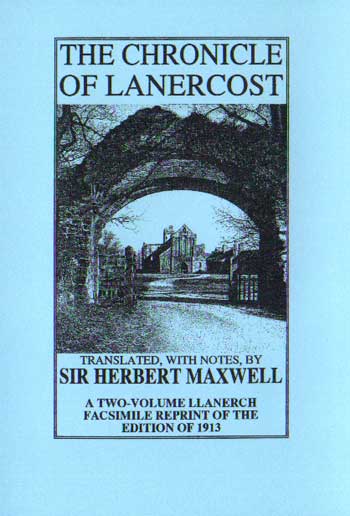 The Chronicle of Lanercost was probably compiled from oral and written material in Lanercost Priory, and put together in a form making it suitable as an appendix or continuation of the Annals of Roger de Hoveden.

It covers the period 1201 to 1346 and its sources would seem to have been of a varied character and unequal merit. In addition the writer of this chronicle indulged in so many digressions from formal narrative, thereby casting so many sidelights upon the social conditions of his time, that a translation may be of value for these, as well as the main theme of the Chronicle. The translation by Sir Herbert Maxwell covers the period 1272 - 1346 extending over the reigns of Edward I and II and part of the reign of Edward III.

A two-volume facsimile reprint of the first edition of 1913.

Other books by Sir H Maxwell