The Saga of King Sverri of Norway 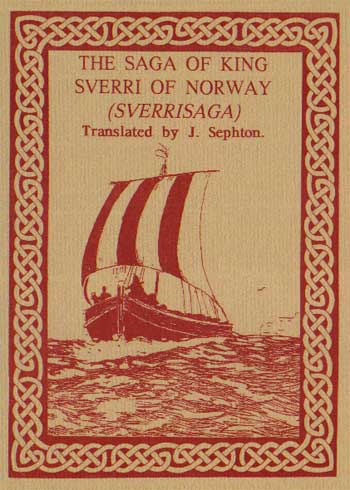 This Saga, dating from the first half of the thirteenth century, is said to have been written by Abbot Karl Jonsson, of Thingeri in the north of Iceland, "when King Sverri himself sat over him and settled what he should write." In the form that it has come down to us, it seems to have been rescended by the priest and historian Styrmi, a friend and companion of Snorri and a contemporary of Sverri. The view given of Sverri here is at best only imperfect; but it is sufficient to show clearly the superiority of the man in counsel and action, to all around him. Whether or not the blood of Harald the Fairhaired flowed in his veins, he became King of Norway by right of being the fittest Norseman of his time for the dignity. The picture in the Saga is painted by an ardent admirer; but Sverri's speeches alone are enough to show why his Birkibeins would follow him anywhere, and die for him; and it is not difficult to see that the King's troubles were greatly increased by his magnanimous treatment of his foes.