The Folklore of Warwickshire 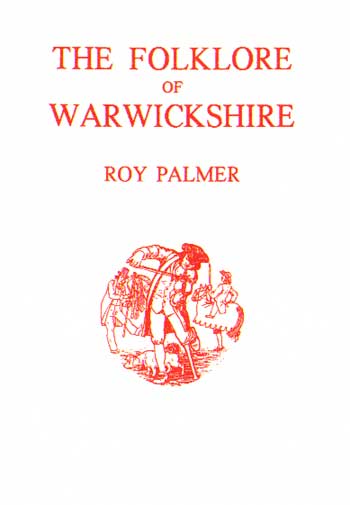 Warwickshire, well described as the heart of England, is a county steeped in tradition and rich in folklore.

Roy Palmer's study, which includes a great deal of unpublished material from living informants, is the first book to be published for almost fifty years - and the first ever to take in Birmingham and the industrial north of the County.

In his panoramic survey Mr Palmer covers in turn: local traditions about places and people, whether real or legendary - from Shakespeare and Charles I to Lady Godiva of Coventry and Sir Guy of Warwick; the world of work, from farm labouring to mining, Coventry weavers and Birmingham factory workers; the beliefs and superstitions of everyday life, including witchcraft and ghost stories; the traditional ceremonies connected with birth, marriage and death; popular sports and pastimes, fairs and wakes; and, finally, song and street balladry, to which the author pays particular attention, including musical examples of previously unpublished songs.

Roy Palmer is well known in the world of folk-songs -as performer, impresario, researcher, critic, lecturer and collector.

His many publications include 'Songs of the Midlands', 'The Painful Plough' and 'A Touch on the Times'.