The Early Ethnology of the British Islands 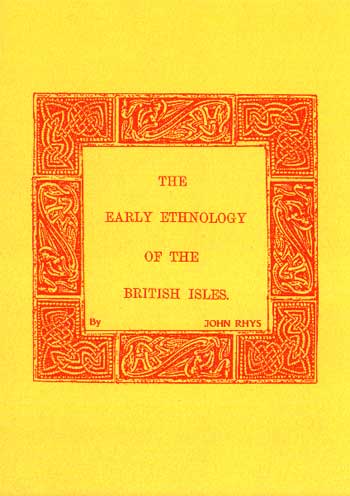 A facsimile reprint of a classic study by John Rhys, who was Professor of Celtic in the University of Oxford. Originally delivered as the Rhind lectures in Archaeology, the work was serialized in the Scottish Review, and subsequently printed in book form by the Society of Antiquaries of Scotland. John Rhys is perhaps best remembered for his work on the folk-lore of Wales and the Isle of Man, but his study of the early ethnology of the British Isles is still a useful and interesting book despite the many years that have passed since its first publication.