To view all our book categories click Book Categories above

A Guide to The Saints of Wales and The West Country 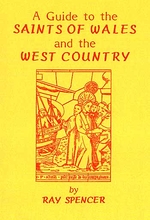 Ray Spencer's guide aims to present the reader with an introduction to the lives of the Saints of Wales and the South West, mostly from the age of saints of the old Celtic or British Church. He gives us accounts of the lives of many of the saints as they are known to us from folk-lore, legend, and their mediaeval biographers whose aims were generally to promote the cult of their saint, sometimes with little regard for history.
The book includes maps of Wales, Cornwall and the West Country, show.......

An Age of Saints 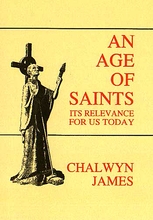 A concise exploration of the amazing history of Britain's Celtic Fringe during the Dark Ages and the priceless legacy left to us by its saints.
".....a book which gives food for thought". - Dalriada 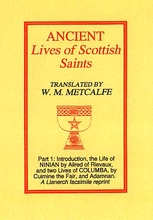 W. M. Metcalfe's translations of the principal Lives from Pinkerton's Vitae Antiquae Sanctorum Scotiae has been reprinted in facsimile in two paperback volumes, to be sold separately. Only 220 copies of the original were printed in 1895, so that the present publication makes a rare item readily available. Metcalfe's translations had but a brief introduction, and they are specially useful for those wishing to read these Lives without any lengthy, academic preamble. Part 1: Introduction, the Life....... 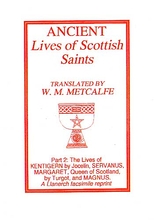 W. M. Metcalfe's translations of the principal Lives from Pinkerton's Vitae Antiques Sanctorum Scotiae has been reprinted in facsimile in two paperback volumes, to be sold separately. Only 220 copies of the original were printed in 1895, so that the present publication makes a rare item readily available. Metcalfe's translations had but a brief introduction, and they are specially useful for those wishing to read these Lives without any lengthy, academic preamble. Part 2: The Lives of Kentigern....... 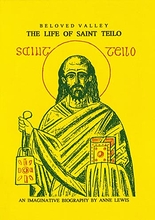 This is a very different book; it is Celtic theology in action - indeed at its best, for this is an account of what might have been.
This is an imaginative biography, with just a touch of romance, and a valuable social history of South Wales. 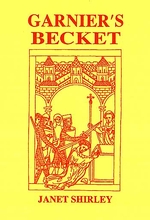 When Thomas Becket in 1170 exasperated his opponents to such an extent that they killed him, it was only natural that all sorts of writers should at once seize upon this sensational topic.
The first biographies appeared in Latin, but the vernacular works came out almost as soon. The earliest non-Latin life of Thomas Becket that we have today is that written in French verse by Garnier of Pont-Sainte-Maxence, here offered in translation. It was completed between 1173 and 1175.
Garnier was a profes....... 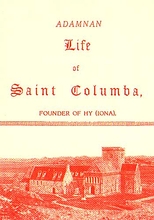 St. Columba, and his monastic foundation on the Island of Hy, commonly called Iona, are too well-known to require comment. Adamnan was the ninth abbot of Iona, and his biography of the saint was based on written documents existing at the time, and also on oral traditions handed down through several generations of monks. 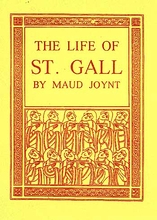 St. Gall, an Irish monk who laboured on the continent, was born in the middle of the sixth century, or soon after. Maud Joynt bases her book on three early biographies: (A) the anonymous Vita Vetustissima which probably dates from the end of the eighth century, (B) the Life by Wettinus written between 816 and 824, and (C) the Life by Walahfrid Strabo who died in 849. The present book is a facsimile of the edition of 1927.

Life of St. Wenefred, Patroness of North Wales and Shrewsbury 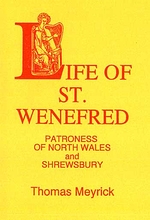 Thomas Meyrick's book includes chapters on early Christianity in Britain in general, and Wales in particular, St. Beuno, the Life of St. Wenefred, her translation to Shrewsbury, and her holy well in history up to the late nineteenth century. 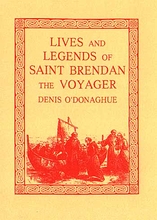 Reprinted from a larger work by O'Donaghue entitled Brendaniana, the selections presented here include the Irish Life from the Book of Lismore with an English translation, the Latin Life translated into English, the Legends of St. Brendan, and an appendix by Thomas Wright containing the Early English Metrical Life, and also the Early English Prose Life. The parts omitted from Brendaniana for the sake of economy include the account of the pilgrimage to Brandon Mountain in 1861, the history of the.......

Lives of The British Saints 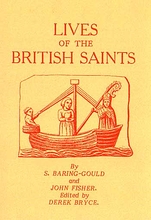 During the fifth and sixth centuries there was an age of saints in the British Church, beginning in South Wales. Many of the saints travelled and founded monastic establishments, in what is now Herefordshire, Somerset, Devon, Cornwall, and overseas in Brittany. St Patrick himself appears to have originated from the West of Britain, and it was from his Church in Ireland that lona, much of Scotland, and the old kingdom of Northumbria received their Christianity. South-West Scotland had more direct.......

Lives of The British Saints, All 8 Vols.

Order all of the 8 books that comprise Lives of The British Saints and receive a discount.

Lives of The British Saints. Volume 1 of 8: Intro to Anno

Lives of The British Saints. Volume 2 of 8: Aranwan to Burie

Lives of The British Saints. Volume 3 of 8: Cadell to Cynder

Lives of The British Saints. Volume 4 of 8: Cynderyn to Ewry