The Last Battle Of The Gododdin: The Hidden Poem In Armes Prydein 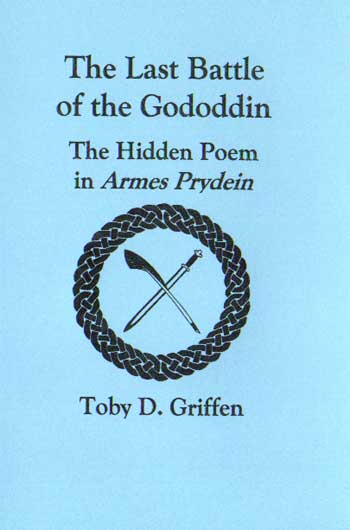 In AD 600, the heroic Men of the North known as the Gododdin suffered an agonizing defeat at the Battle of Catraeth, lamented so movingly in Canu Aneirin. Then in 638, their capital of Edinburgh fell to the Northumbrians, and they faded from history. Until now, hidden within the great Welsh poem Armes Prydein ate lines from an older poem - a poem set in the council of war for the Battle of Winwaed in 655, in which descendants of the Gododdin living in Gwynedd lead a combined force of Britons, Irish, Manx, and even Mercians in a vain attempt to stem the tide of Northumbrian hegemony.
This book takes the reader step-by-step through some intricate detective work that starts with the realization that the way we have traditionally read Welsh poetry is fundamentally flawed, due to an over-reliance upon the bardic grammarians. Once we see how it should really be read, Welsh poetry becomes far more elegant and regular. With this elegance and regularity, however, certain patterns emerge that reveal much older works included within the Middle Welsh anthologies. Moreover, precisely the same patterns lead us to discover those lines hidden within Armes Prydein that take us back centuries to the last battle of the Gododdin.
Toby David Griffen is Professor of Foreign Languages and Literature at Southern Illinois University Edwardsville (St Louis). He has published extensively on Welsh and general linguistics, including Names from the Dawn of British Legend: Taliesin, Aneirin, Myrddin/Merlin, Arthur (Felinfach: Llanerch, 1994).