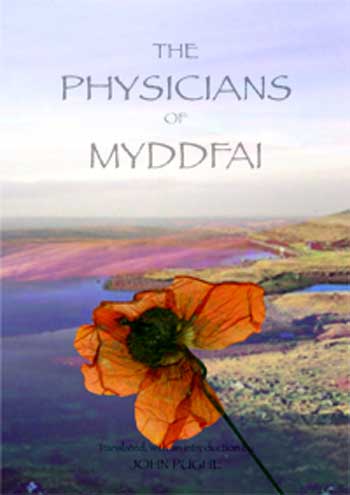 This unique work is of great value to anyone interested in both herbal medicine and the folk traditions of Wales. Although the material dates back to the twelfth century, it is still recognized as a useful and relevant text by present day practitioners as well as those with a more historical perspective.

The original physicians of Myddfai date from the twelfth century and their remedies have come down to us in two books, originating from the descendants of Rhiwallon the physician, a short one named The Physicians of Myddfai and a much longer one attributed to Howel the physician. The two books are included in this present collection, together with the famous legend of Llyn-y-Van which claims that Rhiwallon was taught his medicinal art by his estranged mother, the mysterious Lady of the Lake, who predicted his family would be the most skilful physicians in the country for many generations.

Whatever one thinks of the legend printed here, it is a fact that the descendants of Rhiwallon became notable physicians and that as late as the 19th century more than one royal surgeon originated from the little village of Myddfai. The last known practitioner in Wales seems to have been Rice Williams M.D. of Aberystwyth, who died in 1842 aged 85.

This present collection is a facsimile of the English text first published in Llandovery in 1861 and translated into English by John Pughe. From an index spanning Abdominal complaints to a variety of Wounds, this work advises treatments on hundreds of conditions, sufficient to fascinate any reader.