Ballads and Songs of Brittany 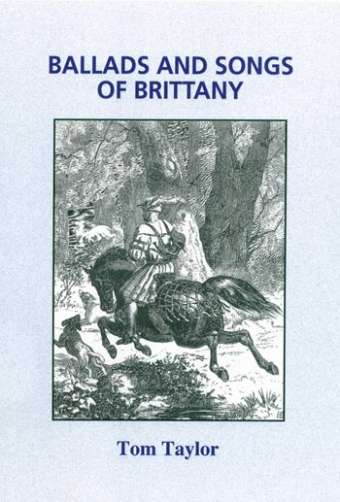 Translated from the Brasaz-Breiz of Theodore, Vicomte de la Villemarque with some of the Original melodies harmonised by Mrs Tom Taylor.
Theodore, Vicomte de la Villemarque collected these songs and ballads in Brittany towards the middle of the nineteenth century. His critics claimed that his work was of little value because he did not understand the Breton language and got them as fragments badly translated for him by a Breton Abbot who accompanied him on his travels. Villemarque made no attempt to defend himself during his lifetime and for many generations his work has been ignored by scholars. However, in 1964, the family gave Donatien Laurent access to his original notes; he concluded that most of the material had been carefully collected and that he did know the Breton tongue. Others hve verifiedthat the people cited as his sources did in fact exist. Fanch Postic added that it is no longer possible to uphold the negative assertions of earlier critics. Thus, most of his work is to a fair extent vindicated. The present reprint is a facsimile of the edition of 1865 published by Macmillan.