The Gesto Collection of Highland Music 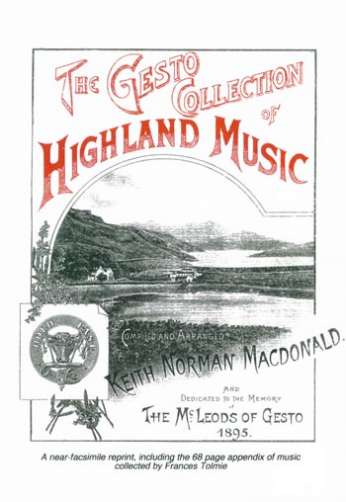 Dr Keith Norman MacDonald was an enthusiast and a collector, but he was not a careful editor and he sent his colection of music to his printers in Leipzig with most of the items in the form in which thay had been given to him. The result is that the Gesto Collection contains a mixture of items, traditional gaelic songs alongside military marches, and so on.
The most important item would seem to be the 68 page appendix which shows evidence of careful editing by Frances Tolmie who lived on Skye and was one of the greatest authorities of her times on Gaelic music and song.
This near-facsimile edition is photo-reduced to approx. 90% of the original, to suit printing on paper in the modern A4 size.