Gerald of Wales on The Instruction of Princes 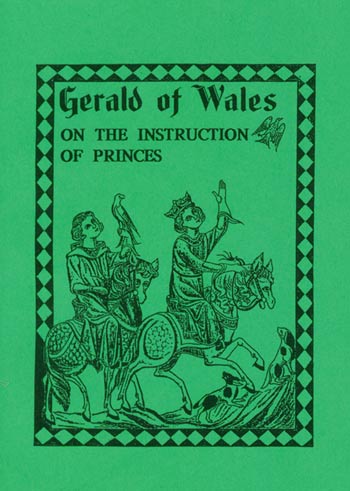 Concering the instruction of princes. Translated from the original Latin by Joseph Stevenson.
Gerald of Wales, Giraldus Cambrensis, was born about 1150 and died about 1223 A.D. Not only was he a voluminous writer, but his position at the court and his immediate knowledge of the circumstances he relates, makes him worthy of great respect. But a strong party feeling in most of his productions reaches its maximum in the present one, which paints the monarchs of the house of Plantaginet in the blackest colours, whilst praising the French monarchs. It would seem that this work was written to support the band of the English nobility who wanted to see Prince Louis, son of Philip II, on the throne in place of Henry III who was only ten years old on his accession.