The Drolls, Traditions & Superstitions of Old Cornwall 1 of 2 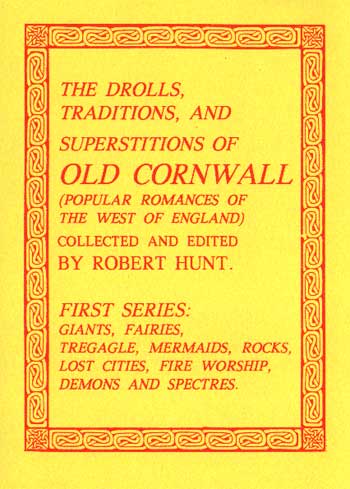 First Series. Robert Hunt's collection of tales and lore includes much of what has survived of the old Cornish Tradition. It was originally entitled â€˜Popular Romances of the West of England,â€™ which did not clearly indicate the contents. The present title is, in fact, the subtitle of the original edition. Hunt's work fell into two series, each of which is being reprinted in facsimile as a separate paperback.

Other books by Robert Hunt